Nesebar (also transcribed as Nessebar or Nesebur, Bulgarian: Несебър, pronounced [nɛˈsɛbɐr], Thracian: Melsambria, Greek: Μεσημβρία, Mesembria) is an ancient town and one of the major seaside resorts on the Bulgarian Black Sea Coast, located in Burgas Province. It is the administrative centre of the homonymous Nesebar Municipality. Often referred to as the "Pearl of the Black Sea" and "Bulgaria's Dubrovnik", Nesebar is a rich city-museum defined by more than three millennia of ever-changing history.

It is a one of the most prominent tourist destinations and seaports on the Black Sea, in what has become a popular area with several large resorts—the largest, Sunny Beach, is situated immediately to the north of Nesebar.

Nesebar has on several occasions found itself on the frontier of a threatened empire, and as such it is a town with a rich history. The ancient part of the town is situated on a peninsula (previously an island) connected to the mainland by a narrow man-made isthmus, and it bears evidence of occupation by a variety of different civilisations over the course of its existence. Its abundance of historic buildings prompted UNESCO to include Nesebar in its list of World Heritage Sites in 1983. 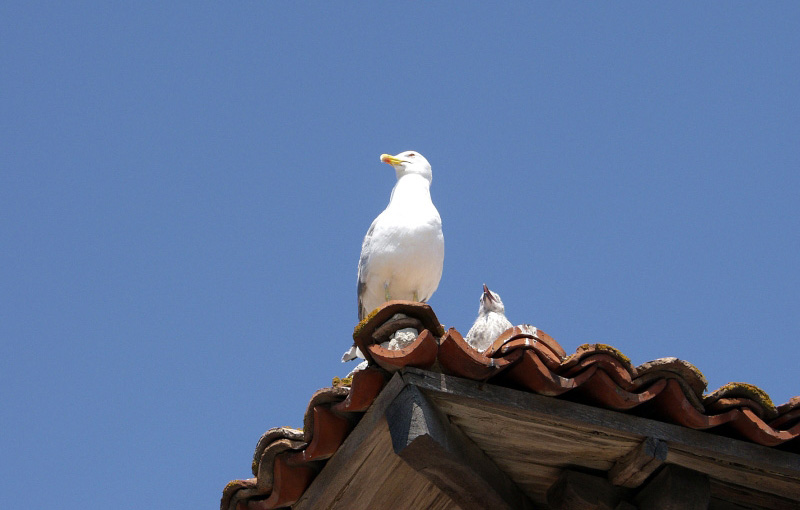 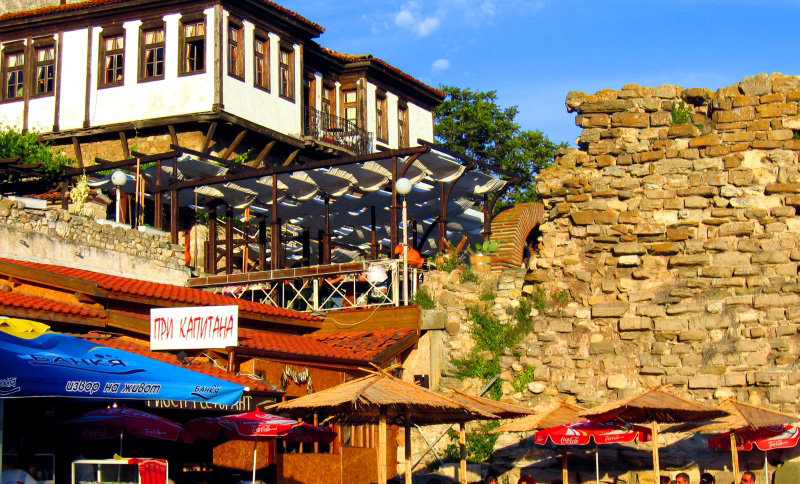 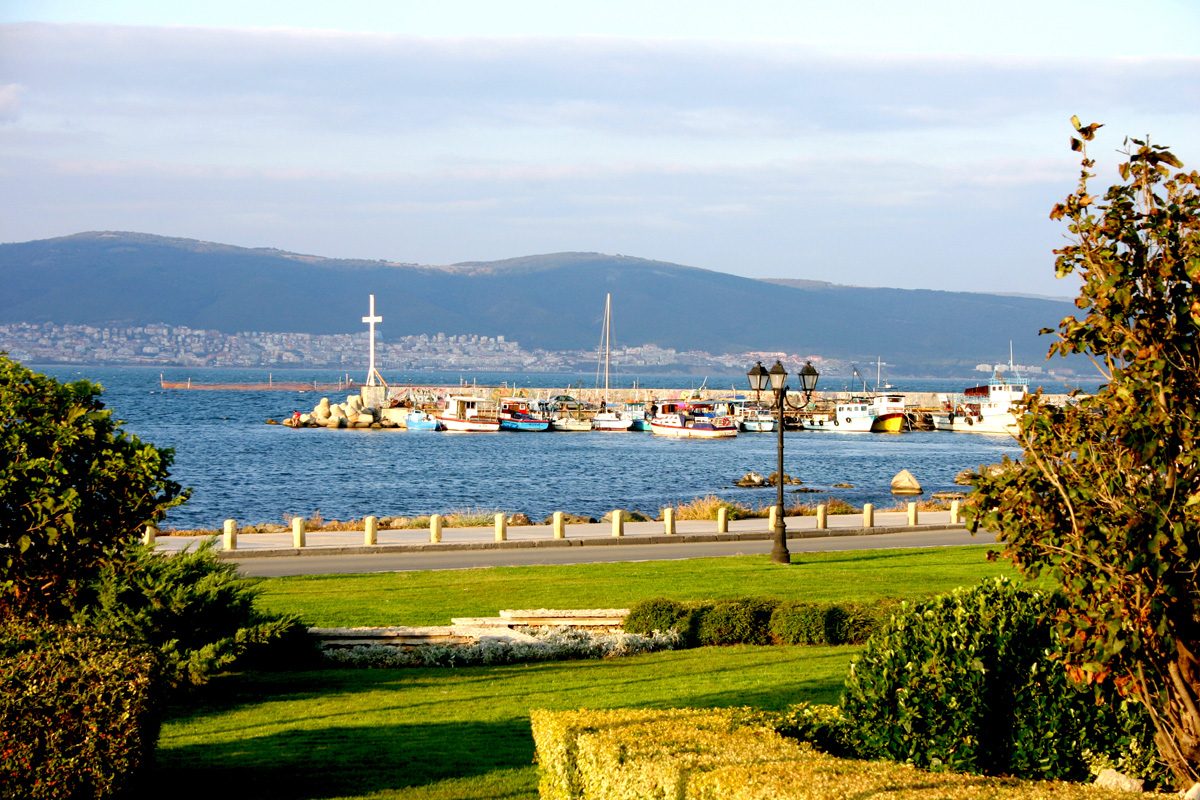 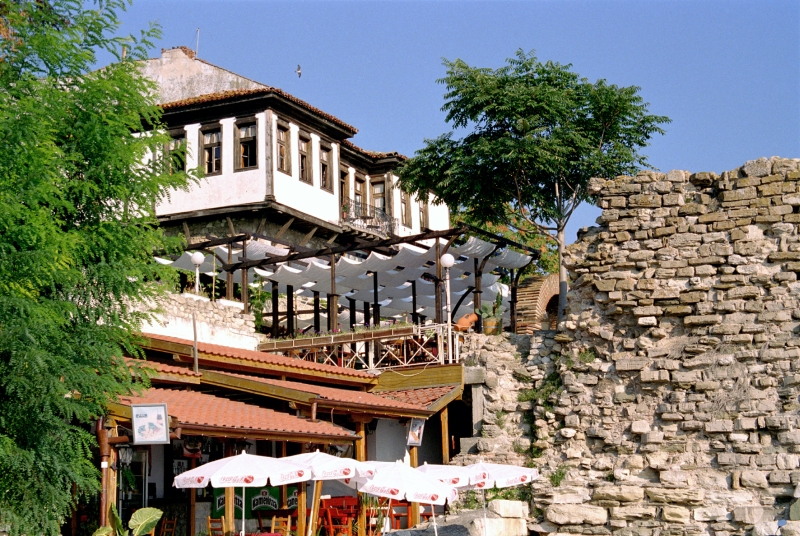 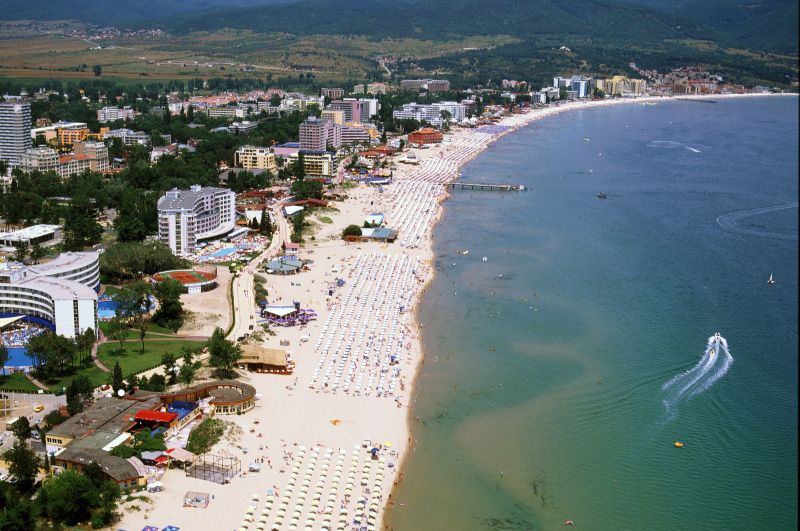 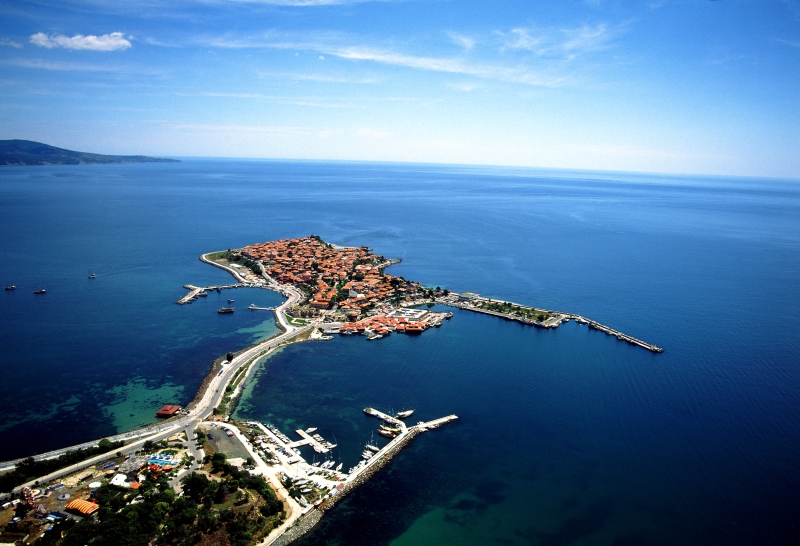 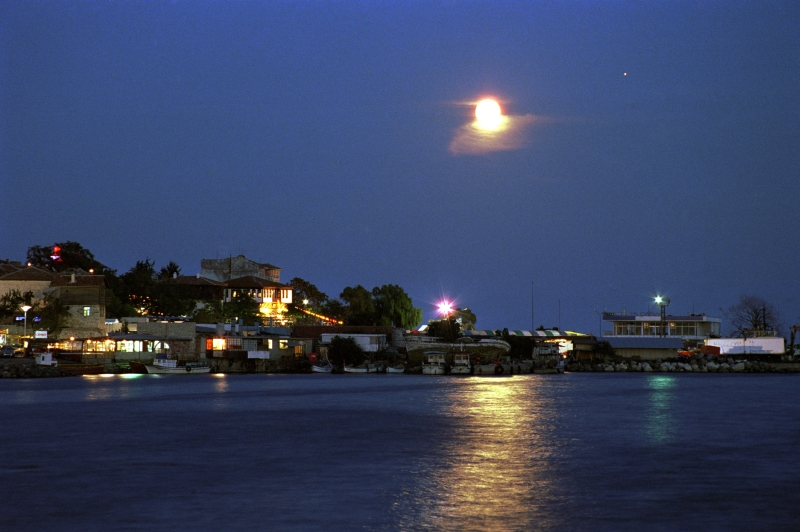 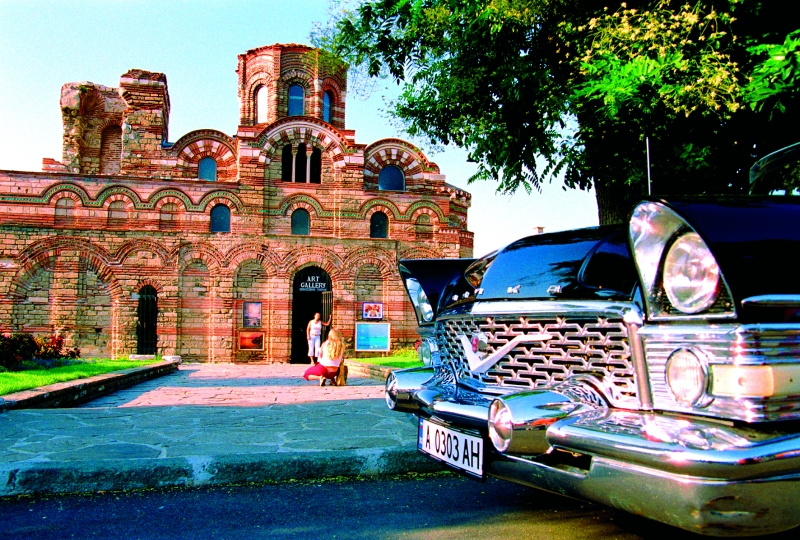 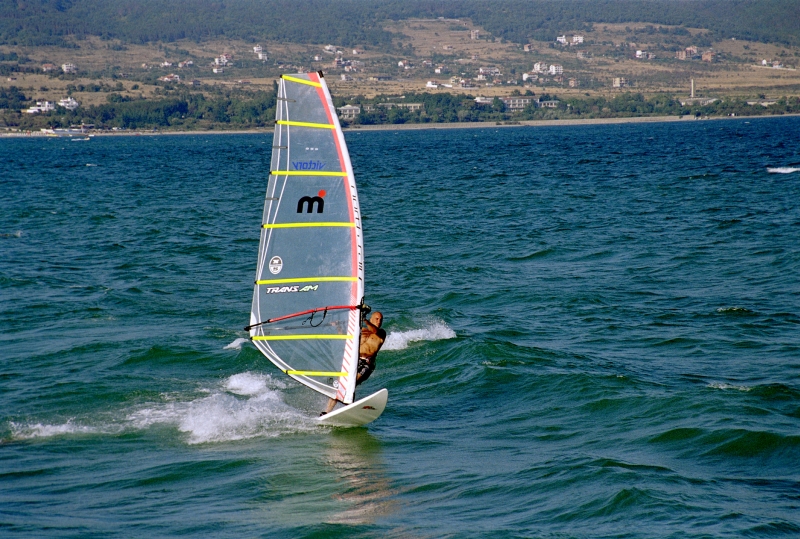 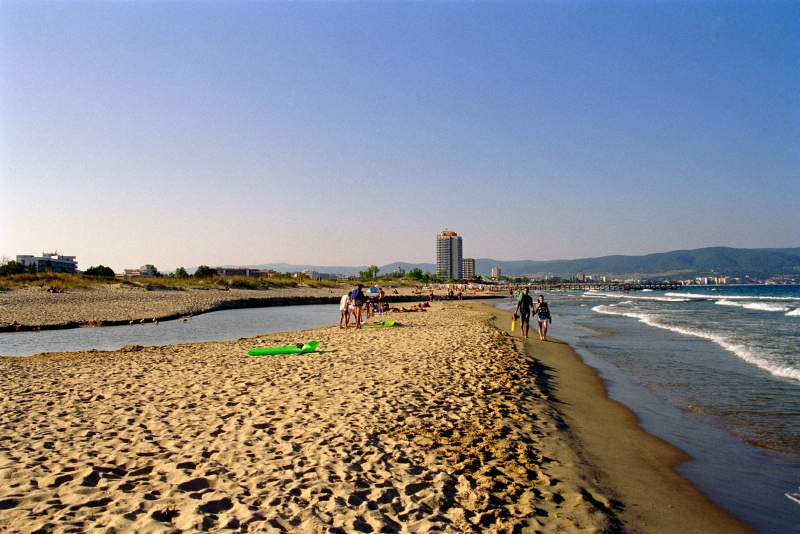 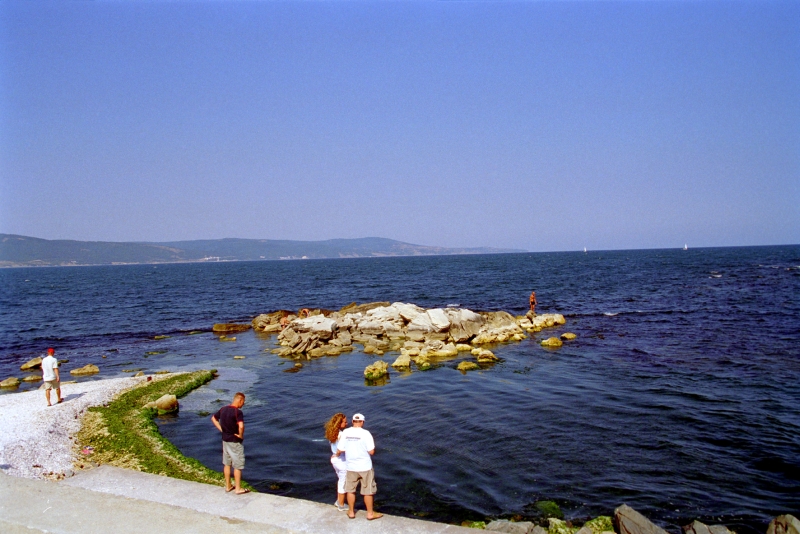 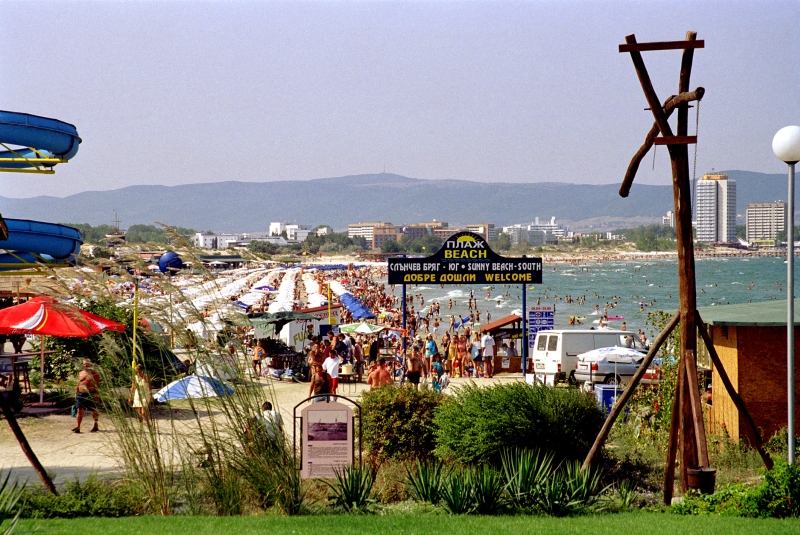 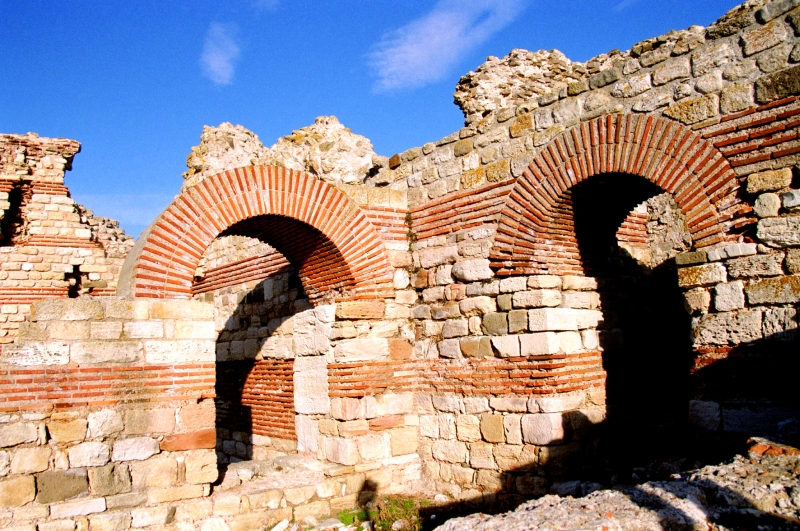 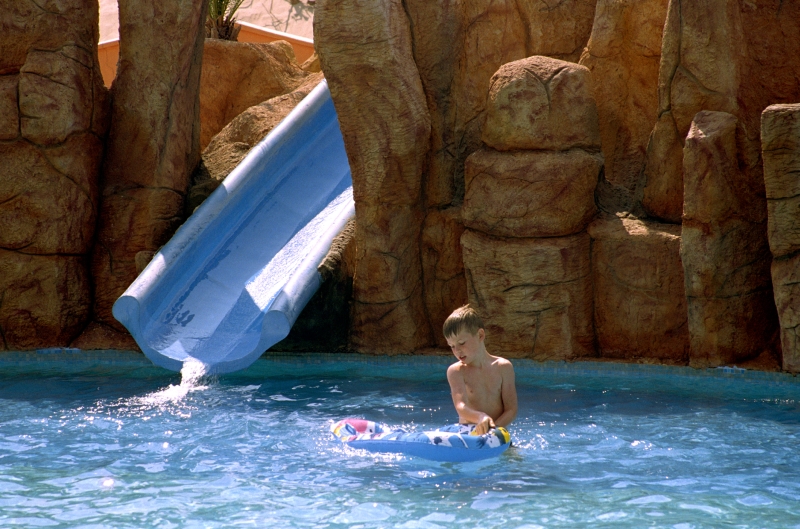 Originally a Thracian settlement, known as Menebria, the town became a Greek colony when settled by Dorians from Megara at the beginning of the 6th century BC, and was an important trading centre from then on and a rival of Apollonia (Sozopol). It remained the only Dorian colony along the Black Sea coast, as the rest were typical Ionian colonies. At 425-424 BC the town joined the Delian League, under the leadership of Athens.[5] Remains from the Hellenistic period include the acropolis, a temple of Apollo, and an agora. A wall which formed part of the fortifications can still be seen on the north side of the peninsula. Bronze and silver coins were minted in the city since the 5th century BC and gold coins since the 3rd century BC. The town fell under Roman rule in 71 BC, yet continued to enjoy privileges such as the right to mint its own coinage.

It was one of the most important strongholds of the Byzantine Empire from the 5th century AD onwards, and was fought over by Byzantines and Bulgarians, being captured and incorporated in the lands of the First Bulgarian Empire in 812 by Khan Krum after a two-week siege only to be ceded back to Byzantium by Knyaz Boris I in 864 and reconquered by his son Tsar Simeon the Great. During the time of the Second Bulgarian Empire it was also contested by Bulgarian and Byzantine forces and enjoyed particular prosperity under Bulgarian tsar Ivan Alexander (1331–1371) until it was conquered by Crusaders led by Amadeus VI, Count of Savoy in 1366. The Bulgarian version of the name, Nesebar or Mesebar, has been attested since the 11th century.

The capture of the town by the Turks in 1453 marked the start of its decline, but its architectural heritage remained and was enriched in the 19th century by the construction of wooden houses in style typical for the Bulgarian Black Sea Coast during this period. At the early 19th century many locals joined the Greek patriotic organization Filiki Eteria, while at the outbreak of the Greek War of Independence (1821) part of the town's youth participated in the struggle under Alexandros Ypsilantis.

Nesebar was a kaza centre in İslimye sanjak of Edirne Province before 1878. After the Liberation of Bulgaria from Ottoman rule in 1878, Nesebar became part of the autonomous Ottoman province of Eastern Rumelia as a kaza centre in Burgaz sanjak until it united with the Principality of Bulgaria in 1885. Around the end of the 19th century Nesebar was a small town of Greek fishermen and vinegrowers. In the early 20th century, the total population increased to 1,870.[7] It developed as a key Bulgarian seaside resort since the beginning of the 20th century. After 1925 a new town part was built and the historic Old Town was restored.